Glia are the most abundant cell type in the nervous system. Until recently, glia were thought to be mere support cells for neurons with no active role in processing and propagating synaptic information.  Now, it is widely acknowledged that glia actively respond to and modulate synaptic signals.  Essential to this process are ions and other signaling molecules that are released from glia, or conversely transported into glia.  Plasma membrane channels and transporters mediate the movement of these molecules into or out of glia. We still have an incomplete understanding of the influence of these membrane proteins on glial function and ultimately synapse function and animal behavior. Moreover, the molecular identities of most of these membrane proteins are still unknown. Our RNA sequencing data have identified over 30 glia-enriched membrane channels and transporters with potential roles in these processes. Using a combination of molecular, genetic, imaging and electrophysiological approaches we are testing the contribution of these channels and transporters to glial and neuronal function, and behavior.

DEG/ENaC dysfunction has been linked to human diseases. For example, mutant epithelially-expressed DEG/ENaC channels cause a form of salt-sensitive hypertension called Liddle syndrome and neuronally-expressed DEG/ENaCs induce neurodegeneration in conditions in which they become hyperactivated. Based on amino acid sequence, mammalian and C. elegansDEG/ENaC channel subunits can be grouped into two subfamilies, the ASIC (Acid Sensitive Ion Channels) and the ENaC (Epithelial Na+ Channels) subfamilies. Functional differences between members of the two subfamilies include constitutive activity for ENaCs and Ca2+ permeability for ASICs. While ENaC channels function in transepithelial Na+ transport, ASICs are primarily neuronally-expressed, are opened by extracellular protons and contribute to sensory perception, and learning and memory. We have recently discovered that ENaC-like channels are expressed in C. elegans glia associated with sensory neurons and that they contribute to sensory perception.

Hyperactivated neuronal DEG/ENaC channels were shown to cause neuronal swelling and death mediated by intracellular Ca2+ overload. Interestingly, mammalian neurotoxic DEG/ENaC ASIC1a and C. elegans homolog MEC-4(d) are both Ca2+ permeable, suggesting that their calcium permeability contributes directly to the elevation of intracellular calcium and is a necessary feature for their toxicity. However, of the six ASIC subunits cloned so far ASIC1a, ASIC2a and ASIC2b expressed in the brain, only homomeric ASIC1a, and heteromeric ASIC1a/2b show calcium permeability. Moreover, we showed that homologous C. elegans DEG/ENaC channel UNC-8(d) is not Ca2+ permeable yet it is toxic both in vivo and in Xenopus oocytes, suggesting that Na+ influx is sufficient to induce toxicity. We are currently investigating the permeability properties that render DEG/ENaC channels toxic by expressing mutants and chimeras in Xenopus oocytes. 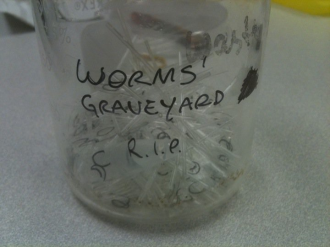